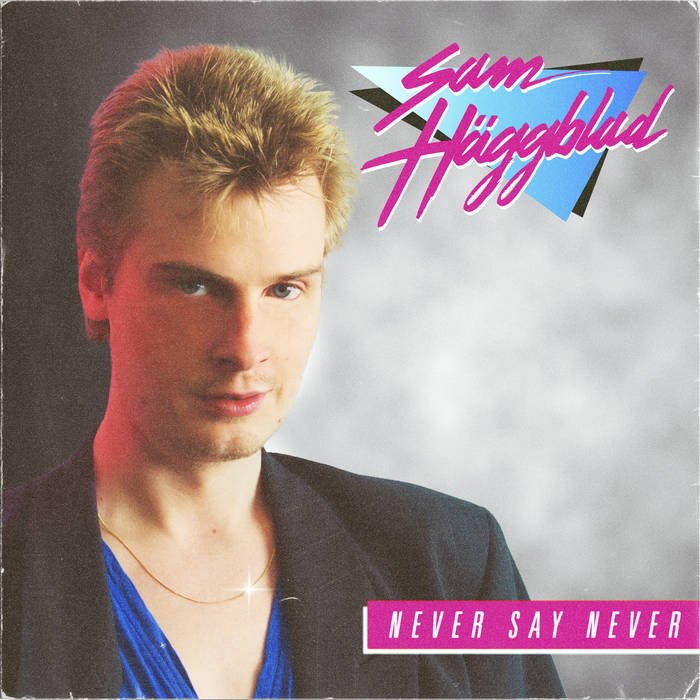 Neon-O-Tron Pretty sure this dude's a time traveler or sumthin'! Favorite track: Jammin' (To The Beat).

AmazingAdrian So back when New Retro Wave was new, Sam Haggblad sailed into the scene on the strength of this album; one of the first to have vocals. This made it hot at the time, as virtually no one in New Retro was performing vocals for their highly produced synthesizer tracks. Listening to it today however shows the album to be almost painfully deficient in polish; melodies are good but lines and passages repeat way more often than they should, making some tracks sound straight-up annoying after a while. Favorite track: Sam's Theme.

Sam Would Like To Thank:
Johanna Liljegren (Without you this project never would have been possible!) My family - my dad my mum, and my brother (aka mr. sailor!)
Johan Eriksson, Leo Zeth Leonardsson, (IS-7, no way brother!) Anders, Tina, Hampus (Mr.Hockey) and Johanna B (blades of glory!!!) Rick Shithouse (for bringing out awesome new shit! And always good reviews!) Timmy Bjärnebro at UpSweden Örebro (for promotion)
Alissa Isakovic (for inspiration, who acctualy encouraged me to get back on track, and take it out there.) Overglow (for amazing artwork and design. Sometime it feels like you are on 24h shift support, thats awesome bro!) Vincenzo Salvia (The Italian guy! Does he still own a car? Great feedback and great friend !) The Crew at DarksynthRadio (Great Show) NewRetroWave. (Great updates on new retro music)
Barbara Moser, Habid Lozano (Great support - I think you have bough every single track I have put out.) Alexi Leroix, (Crazy 80s guy, and shredder - Give him a big welcome! He is now onboard the SH band!)
Fredrik, Jens, and Jonas (My other band) Andreas Grimell (studio and mixing inputs, always great ideas and quick answers!)

A special thanks to all the guys at Future City Records and Werkstatt Recordings for great support. (Great to work with, always easy solutions and straight forward.)

And of course a big special thanks to all of you fans that keeps posting great feedback on my walls, and loves and listens to my stuff! YOU ROCK!

I wanna thank all of my fans and friends for the continued love and support over all the years. Many thanks to my best friend Emma Lindahl. She has always been by my side and supported me in all situations. Without Emma, I had not been complete. I love you girl!
Emma Lindahl was also our photographer for this demo! I want to thank my family. Birgitta Liljegren, Freddie Liljegren and Lars Liljegren.
Uncles: Per Daniel Liljegren, Mats-Olof Liljegren and HÂkan Liljegren.
Stepfather: Sune Enhorn They support me when I need them, and are probably the most gracious people you can find. I love you all. Thanks for letting me grow up in a family full of musicians! I want to thank all the teachers that I had in singing all these years. It has been very educational and a lot of lovely moments. I will never forget you.
Thanks Stefan Berglund, Kerstin Moll, Roine Tharander, Elsmarie Hallqvist, Birgitta Johnson, Caroline-Ericsson Welin and obviously Bjˆrn Johansson.

Werkstatt Recordings was founded in the dawn of 2009 and it's an independent net-label focusing on electronic synth music.